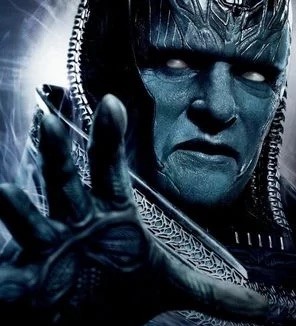 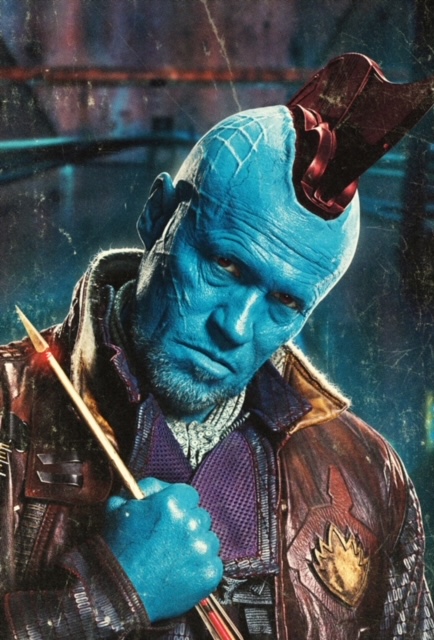 In an alternate reality multiverse, Yondu is known as one of the original members of the Guardians of the Galaxy. Most people will recognize this character, played by Michael Rooker, from the Guardians of the Galaxy MCU movies as a member of the Ravagers group. In the comics, Yondu is a member of the Zatoan tribe which are primitive beings native to the Centauri IV. He serves as a hunter and his home world was said to be the first planet to be colonized by humans outside of Earths solar system. Although he might not be one of the most memorable characters in the Marvel universe, ever since his appearances in the Marvel movies, his popularity has grown as he is now featured in The Guardians animated series, Lego Marvel animated special, video games and other media. As a result, this anti-hero, who happens to have been born with blue skin, is worthy of being mentioned on this list.
10. Blue Devil 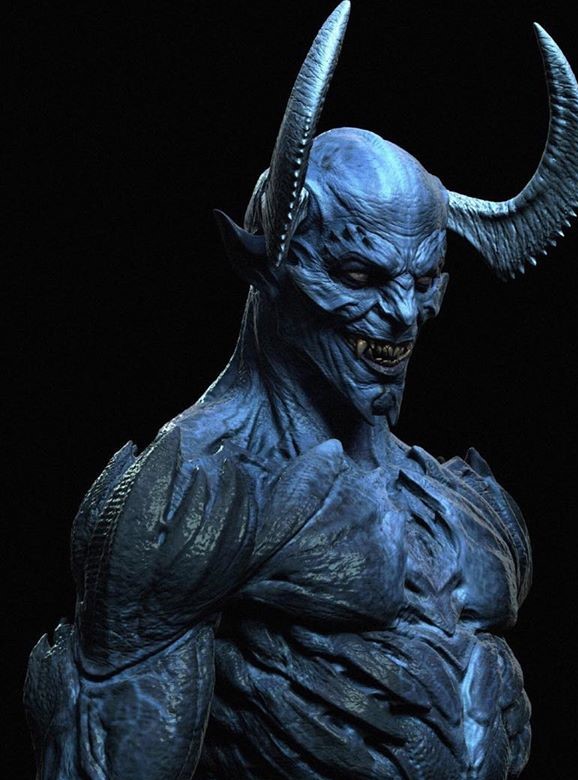 In the DC comics universe, the Blue Devil is a biproduct of a demon named Neron and a full body costume with a powered exoskeleton. When the two were fused together and permanently attached to the body of stuntman Daniel Patrick Cassidy, we get the superhero known as Blue Devil. Although he has not been introduced to the world in any live action cinematic adaptations, Blue Devil does have appearances in several animated series as well as some of the DC television series. Dan Cassidy created the Blue Devil body suit while working as a stuntman and special effects specialist in Hollywood. It was meant to be for a movie when a demon was unleased from an ancient temple. It attacked Cassidy thinking he too was another demon, while he was wearing the suit, and the blasts of magic permanently bonded the suit to Cassidy. The fusion of all this magic and technology combined became known as a weirdness magnet. Hence Blue Devil was born. Although not a very well-known character to the masses yet, the Blue Devil with his blue skin, is nevertheless worthy of being on this list.
9. Mr. Freeze 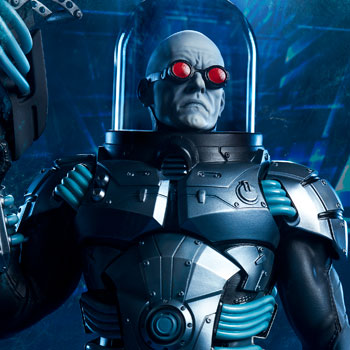 Dr. Victor Fries, most notably known as Mr. Freeze, is one of Batman’s most recognizable enemies in the DC universe. Most people would remember Mr. Freeze from being portrayed by Arnold Schwarzenegger in Batman and Robin, the fourth adaptation of the Batman films. As a cryogenicist, Dr. Fries spent most of his time trying to cure his wife of a fatal disease. He kept her on suspended animation until he found a cure. However, during his experimentation, an accident transformed his body into a cold-blooded form that must always be kept at subzero degrees. Having to put his body through these harsh conditions not only allowed him to gain certain abilities, but the hypothermia ended up permanently transforming his skin into a blueish appearance thus making Dr. Freeze a worthy opponent for Batman and one of the most prominent comic book characters with blue skin.
8. Skeletor 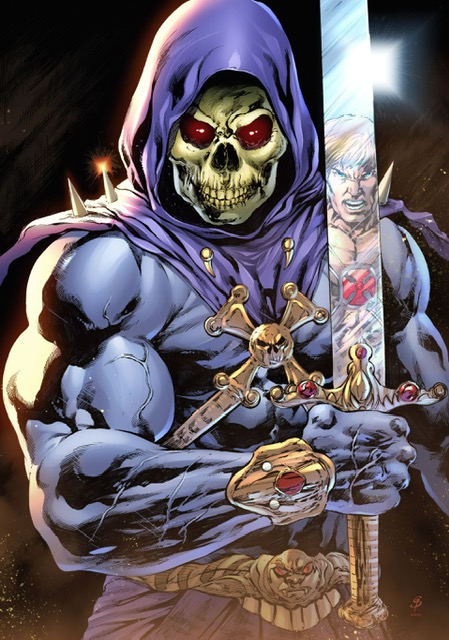 Skeletor, alias Keldor, has blue skin as seen in numerous incarnations of Masters of the Universe. This is due to the fact that he is part Gar. The Gar are a race of blue skinned humanoids who overthrew the Grayskull family. In reality, not only is Skeletor's skin blue, but so is his blood. He is king Randor's half brother, making him He-Man's uncle. The Gar were shown to have been loyal allies of King Grayskull in the latest DC Comics He-Man storyline, even fighting alongside humans to defeat the wicked Hordak. Most of us remember Skeletor as He-Man's evil nemesis from the cartoon series. Although he has a skeleton face, underneath that purple hoodie of his, he is all blue.
7. Blue Hulk 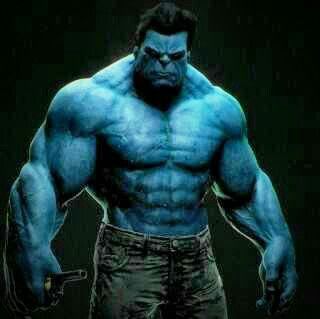 People are quite familiar with the green depiction of Bruce Banner’s Hulk character from the Marvel universe, but there are many different iterations of the Hulk in the Marvel comics. One of the least talked about versions of the Hulk, is the Blue Hulk. This version of the character came about when a powerful sentient force known as the Uni-Power, bonds with Bruce Banner’s Hulk and becomes an even stronger monster. As he temporarily becomes a cosmic powered entity, his appearance changes into that of a blue colored Hulk. Although the Uni-Power will eventually leave the Hulks body and find itself a new host, whenever they are together, Blue Hulk cannot be stopped.
6. Doctor Manhattan 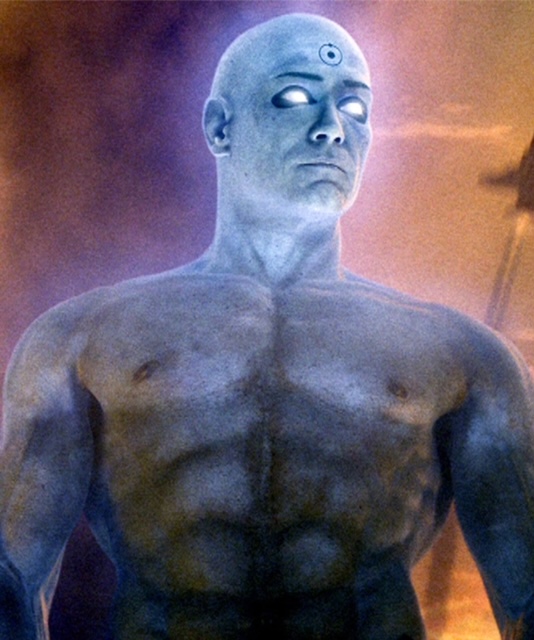 Dr. Manhattan, of DC Comics, is widely considered to be the most powerful superhero in all of comics because of his unlimited powers. He is best known for appearing in the Watchmen comics and live action film adaptation. When nuclear physicist Jonathan Osterman suffers an accident inside an experimental generator, it causes his body to be torn into pieces and then somehow reformed into the completely blue humanoid skinned being with a glowing flare of ultraviolet known as Doctor Manhattan. Manhattan is played by actor Yahya Abdul-Mateen II in the HBO series Watchmen. His powers and abilities include absolute invulnerability, super strength, the ability to reconstruct his body within seconds, as well as the ability to alter his size. In addition, he has the power of flight, can see through time, and possesses the ability to have complete control over atomic and subatomic particles.
5. Nightcrawler 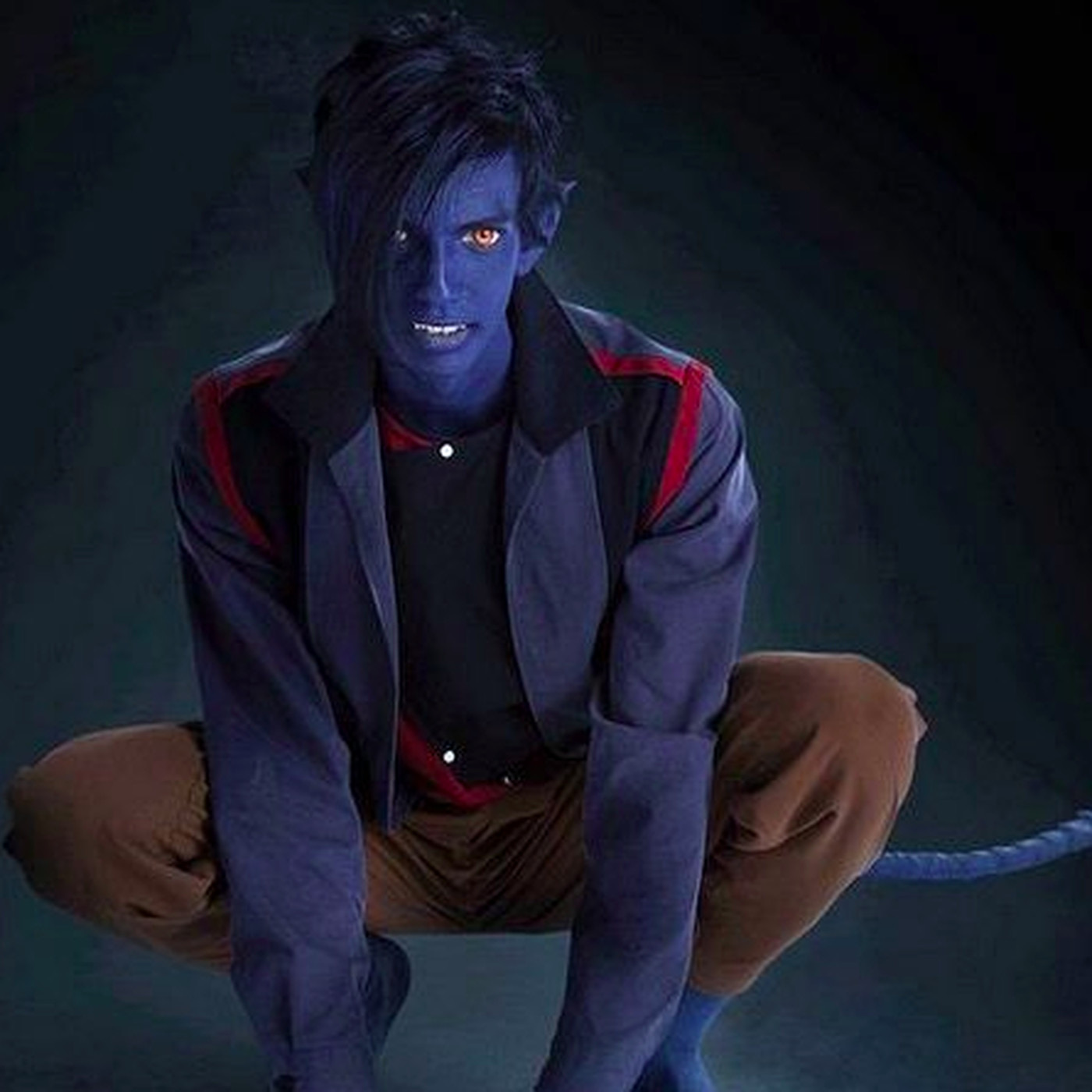 The German born mutant, Nightcrawler, is well known as a prominent member of the X-Men.
Besides the comic books, he has made regular appearances in the X-Men cartoons as well as all the cinematic live action movies. Kurt Wagner was born with unusual abilities that continued to develop and emerge until he hit puberty. Among those super characteristics are super agility and self-teleportation. Growing up as a freakshow circus act, he would later find refuge as a member of the mutant faction, the X-Men and become known as Nightcrawler. His blue appearance makes him stand out among his mutant counterparts, but this Bavarian superhero’s popularity continues to increase putting him in the top 5 of all time blue characters.
4. Archangel 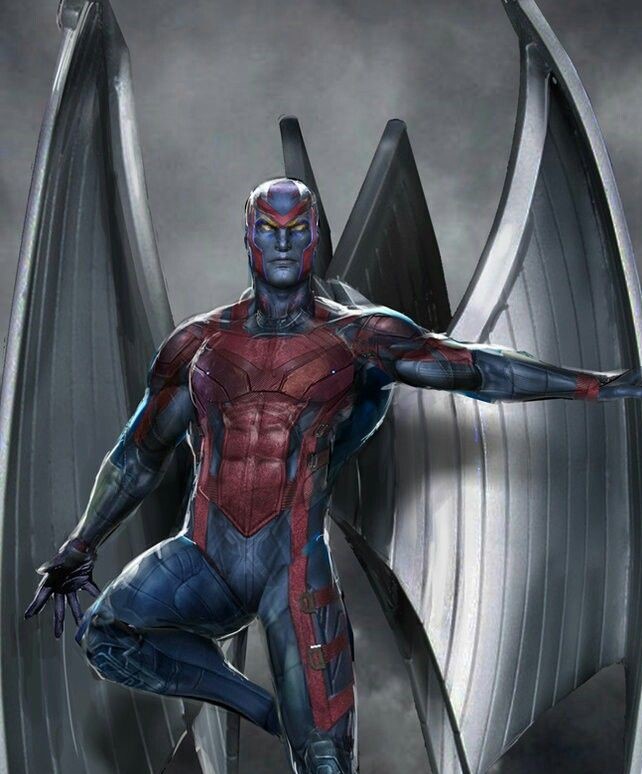 Warren Worthington III was originally known as Angel, an original member of the mutant super group, the X-Men. After being recruited by the evil Apocalypse and renamed Archangel, he becomes one of Apocalypse’s soldiers in his Four Horsemen stable. In turn, Apocalypse proceeds to give Archangel genetic alterations giving him blue skin and newfound powers. Angel’s wings which were once feathered, become metallic and can cut through almost anything. With his newfound confidence, abilities and new look, Archangel is soon named the leader of Apocalypse’s Horsemen. He is a highly recognizable Marvel character from the X-Men franchise and thus slides into the top 5 of this list.
3. Mystique 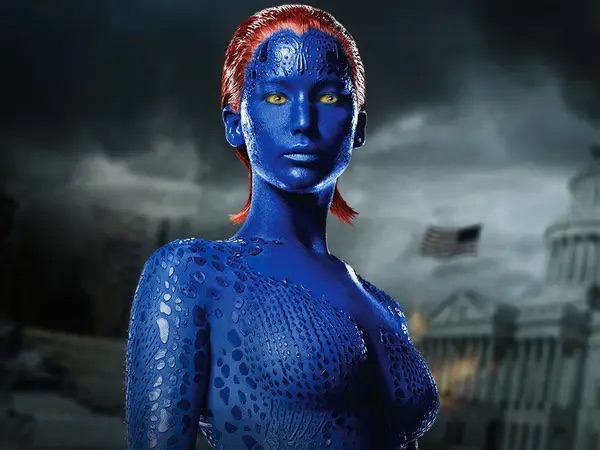 The shapeshifting mutant known as Mystique, is a very familiar character in the Marvel universe. Notably from her appearances in the X-Men movies and in the cartoons. She is a member of the Brotherhood of Evil Mutants and has often used her powers to infiltrate herself into branches of the US military and has slithered her way up to high-ranking positions in the Department of Defense. Not much is known about her past, except that she is one of the X-Men’s most formidable foes. In the past, she has claimed to be the mother of fellow blue skinned mutant, Nightcrawler and she has also been credited as being the adopted mother of another X-Men mutant, Rogue. Played by Rebecca Romijn and Jennifer Lawrence in the big screen adaptations certainly helps the characters cause in terms of popularity and sex appeal. She is known to entice men with her physique and sexy appearance, but make no mistake, underneath her charm is a dangerous blue skinned villain.
2. Beast 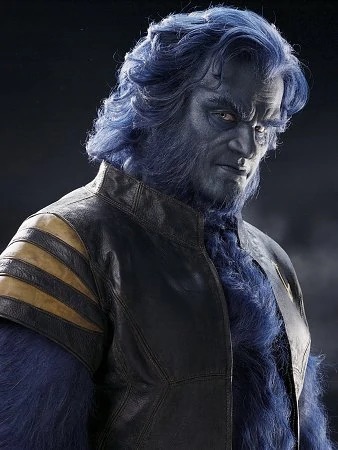 Dr. Hank McCoy is the beastly mutant X-Man most popularly known as Beast. He is an original member of the X-Men and is very recognizable from the Marvel cartoons, the comics, and the live action movies. A scientist, mathematician, and a leader in biochemistry and genetics, he is one of the smartest mutants in the world. He spent much of his early days trying to invent formulas that could turn mutants into humans in order for them to live a normal life. Amid mixing said experiments, the result was even more enhanced mutant abilities. His blue appearance is the result of these enhancements making him a furry beastlike animal with astonishing agility, strength, and speed. His popularity, longevity and instant recognizability places him behind the top spot.
1. Apocalypse 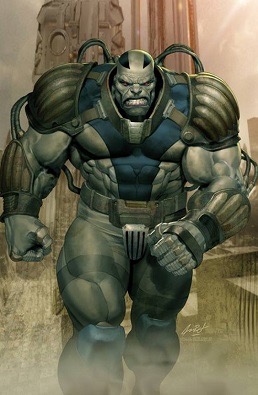 One of the world’s first mutants, Apocalypse is undoubtedly one of the strongest and most unbeatable villains in the Marvel universe. He has appeared in the comics, cartoons, and in the live action movies as an adversary to the X-Men. Real name, En Sabah Nur, was born with the mutant X-gene and it is believed to have been the first being on Earth to carry it. Apart from his enormous stature, he has grey like blue skin and blue lips that make him stand out. He possesses total control of the molecules in his body and is one of the rare mutants known to have the gift of immortality. A class 5 mutant, Apocalypse is almost Godlike in his powers. From regenerative qualities, to the ability to heal other mutants with his own blood, Apocalypse is not the mutant to anger with. His strength, immortality, and incredible mental intellect alone, make him deserving of being first on the list of best blue comic book characters and one of the ultimate forces to be reckoned with.
Subscribe to our Patreon page and enjoy Patron-only content which includes breakdowns of our blogs, special episodes, and audible versions of our blogs.
Geek Content 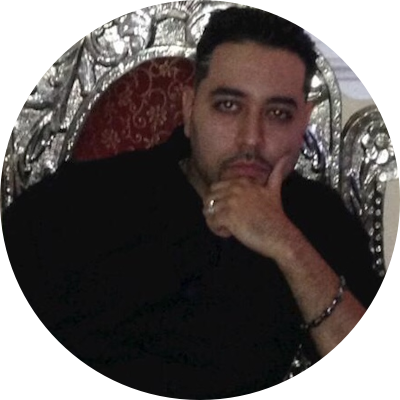 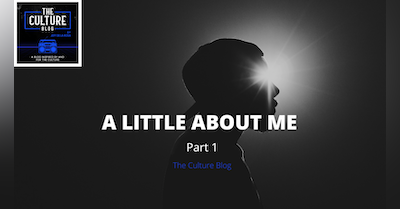 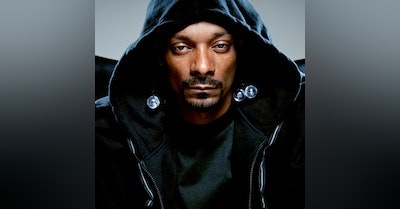 Which top 10 rappers have the best flow in Hip-Hop history?